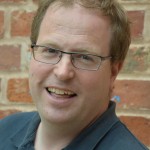 Glyn Oxley graduated from Edinburgh University with an honours degree in music. He studied conducting as part of his degree and his first concert was with the university chamber orchestra.

Glyn has since worked with ensembles of all ages and abilities, including the National Children’s Orchestra, the Royal Forest of Dean Orchestra, Prima Corda, ENCORE and Junior ESTA and Gloucestershire Youth Orchestra. He was appointed musical director of Gloucestershire Symphony Orchestra in January 2014.

He studied cello with Josephine Knight and subsequently with Jeanette Mountain and William Conway. He worked as a freelance orchestral player, conductor and lower strings teacher in the North East before moving to Gloucestershire in 1993.

Glyn is musical director of the Gloucestershire Academy of Music. He works with talented young musicians from the ages of 5 to 18 and recently set up a new Youth Chamber Orchestra for Gloucestershire called Inspire for Grade 8 plus students. Throughout the pandemic he continued the academy’s work – teaching online during lockdowns and then in small bubbles as restrictions lifted. He also staged two highly successful strings and wind workshops this Easter, #The Big String and #The Big Blast, involving more than 150 students from across the region.

Glyn took over as musical director of the Gloucestershire Young Musician of the Year contest in July 2014 and has seen it grow into one of the most prestigious competitions in the county.