More than 200 youngsters and parents enjoyed a fantastic afternoon with ‘The Big Bad Wolf’ at Stroud Subscription Rooms.

Roald Dahl’s twist on the tale of Little Red Riding Hood, put to music by Paul  Patterson, was narrated by Lydia Kenny.
Glyn Oxley conducted and encouraged children to take part, conduct the orchestra and join in with everything.

Prior to the concert day, members of the Gloucestershire Symphony Orchestra visited schools in the Stroud area to show young students some musical instruments, and encourage them to play music.

Drama student and musician Lydia Kenny kept children spellbound as she told Roald Dahl’s dastardly version of the ‘Three Little Pigs’ at Stroud’s Subscription Rooms. It was our third children’s concert at this venue, and the audience enjoyed listening to the music and also conducting the orchestra!

The programme featured ‘Carnival of the Animals’ by Camille Saint-Saens, and music from ‘Jurassic World’ by John Williams. 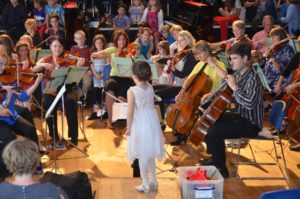 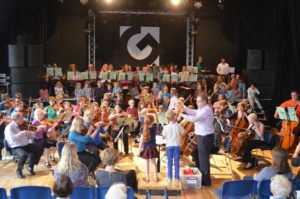 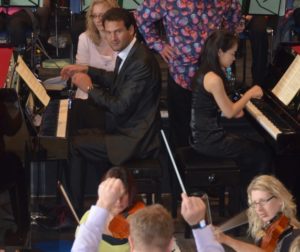 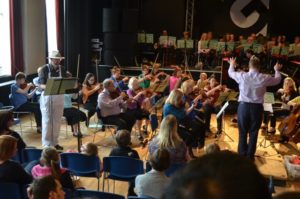 ‘March of the Lions’ by the full orchestra:

He was one of six musicians, along with narrator Richard Atkins, who toured Stroud valley primary schools prior to the concert, encouraging students to try out some musical instruments. 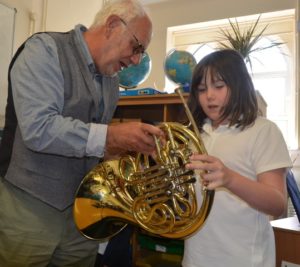 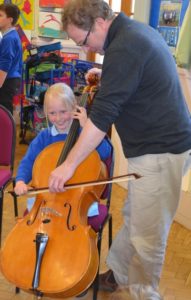 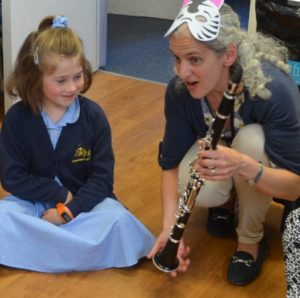 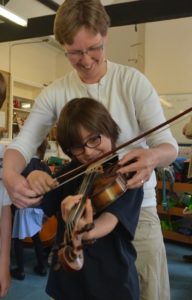 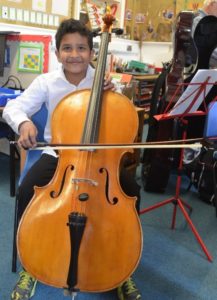 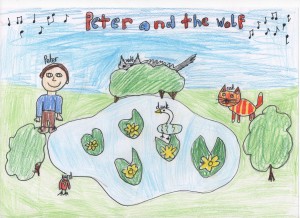 One of many amazing pictures drawn by Year 4 pupils from Cheltenham’s Greatfield Park Primary School for Gloucestershire Symphony Orchestra’s ‘Peter and the Wolf’ children’s concert.